Q&A WITH JACK KLUESNER OF BASEBALL DIAMONDS
FOR AFRICA 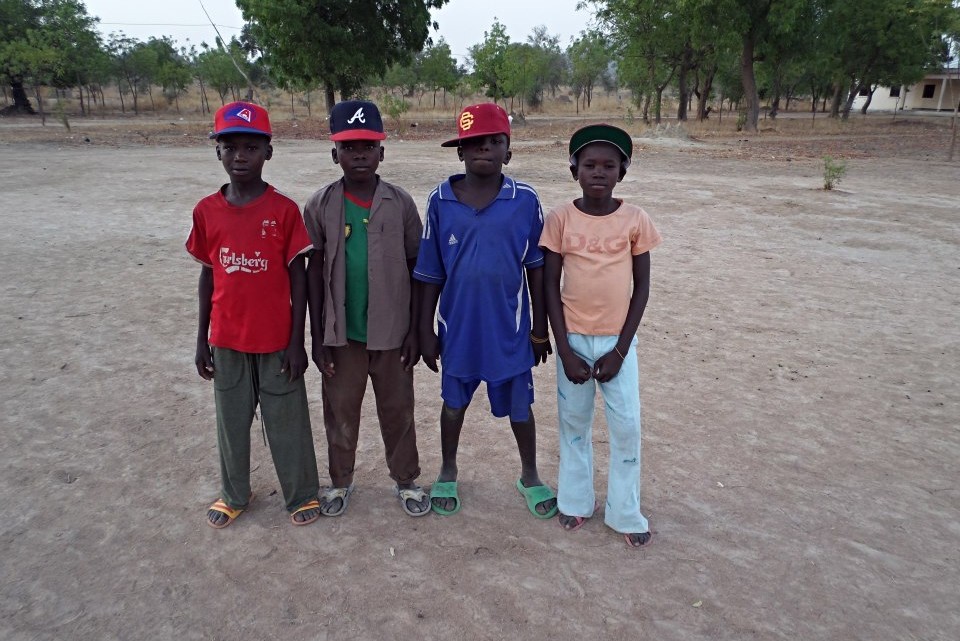 The international expansion of baseball has always been an aspect of the business of the sport that’s fascinated me. The commercial benefits of the growth of Major League Baseball are obvious, as new markets bring additional fans and additional talent, which both in turn lead to increased popularity and therefore dollars. Yet, for baseball really to catch on in emerging markets, the game must grow on a grassroots, localized level as well. This grassroots growth does wonders for increasing the overall popularity of the game, but its impact is multi-faceted, as it can stimulate economic opportunities and offer individuals, on an international scale, the opportunity to reap the social benefits associated with the sport. Furthermore, these economic opportunities and social benefits can have profound impacts on the quality of life in a given region.

In the latest edition of Batting Leadoff Q&A, we were able to sit down with Jack Kluesner, the founder of a growing organization Baseball Diamonds for Africa (formerly Diamonds for Cameroon), that is working to spread the game in a landscape with little baseball background. Kluesner has already started a baseball league in Northern Cameroon and is hoping that the success of his initial league will lead to larger scale growth throughout the continent.

1.)   Can you describe the economic, social, and educational environment of the northern region of Cameroon in which your first league started?

Cameroon is an extremely diverse country. There are more than 200 local languages and many different ethnic groups. The northern region is part of the Sahel, which is an arid area just south of the Sahara desert. Economically, most people in the north are farmers or cattle herders. Kaele, the town where I lived, was split between the Mundang tribe, made up of Christians, and the Fulbe tribe, which is primarily Muslim. Of the two, the Fulbe are the major players in the marketplace where I did most of my daily shopping.Many of the social and education issues in the area have to do with lack of resources andfundamental poverty. Unfortunately, the northern region of Cameroon has become increasingly unstable because of a terrorist organization called Boko Haram. Though they reside in Northeastern Nigeria, the group has begun activities in the northern part of Cameroon. This instability forced many Peace Corps volunteers—myself included—to leave the region. Though the situation might seem grave, the majority of the country is very peaceful, and Cameroon has the opportunity to grow in the future.

2.) What are the biggest challenges that face organization’s such as your growing the game at a grassroots level abroad?

A basic lack of knowledge of the game is by far the biggest challenge. For example, I went to a dried up riverbed to play home run derby with a few American friends. All of the sudden, lots of children showed up and began shagging balls. There is definitely a curiosity for the sport, but explaining the rules and basic concepts of baseball was the hardest part.

3.) What are the biggest challenges teaching the game to kids with no experience watching it?

It’s so interesting! The biggest challenge is that you have no idea what they will do with the equipment! I had pitchers in full catchers gear, batters running to first while swinging the bat, and left fielders trying to bare hand a pop fly. It takes a small orientation and safety lesson to get everyone acquainted with the equipment, but it is a very important lesson and gets kids interested to learn more.

Obviously, everyone likes to bat, so that was the most exciting, but scary, part. Exciting because there is no feeling like connecting the bat with the ball, but scary because we had farmers, cattle, and donkeys walking through our fields – I was hoping no one was going to get hit! Fielding was a lot of fun, but not many of the players were very good at catching fly balls. At the end of practice I would let those who caught one fly ball skip conditioning. Also, I got a sense that they enjoyed the team aspect of baseball, and that kept bringing them back each week.

5.) How do you think growth of the game at the grassroots level can positively impact the sport as a whole?

I think that grassroots-level exposure is important for the international baseball market to grow. In the US, many people’s early memories are throwing a baseball or going to a game. To succeed as a world sport, baseball needs to get that type of exposure all over the world.

6.) What advice would you give to someone trying to start a similar program in another part of the world?

I would tell them to be patient, but diligent. I started off with kickball every day. It was an easy way to teach them the rules. Plus, every student knows how to kick a soccer ball. Also, networking was crucial for my long term success. When I would visit larger cities, I would speak to university sports directors. Eventually, through these contacts, I was able to get in contact with the Minister of Sport for the entire country. Without those conversations, I would not have been able to work with their national baseball federation!

7.) How do you think playing baseball can enhance the quality of life of those in countries such as Cameroon?

I think its biggest impact would be cultural exchange. When you learn about another regions sport, you learn about the people from that country. I think it exposes Cameroonians to different parts of the United States, Japan and wherever else baseball is played. It also creates a sense of diversity for youth, who often only have experience with soccer. I think giving youths options is vital to success, and a vibrant baseball culture would create another great opportunity for Cameroonians.

8.) What are your plans for the future of the organization?

Baseball Diamonds for Africa is seeking opportunities at universities throughout West Africa. Currently, we are in the planning phase which includes establishing a baseball network in individuals in West Africa. Our next goal is to establish 4 teams in Ghana and 4 teams in Cameroon atvariousuniversities. I played baseball while studying at the University of Ghana and saw a great opportunity for it to grow. AnotheraspectI am reallyexcitedabout is the exchange program. I would love to see American players go to West Africa and West African players come to the United States. Occasions like that not only help the game, but also open people’s eyes to different opportunities.